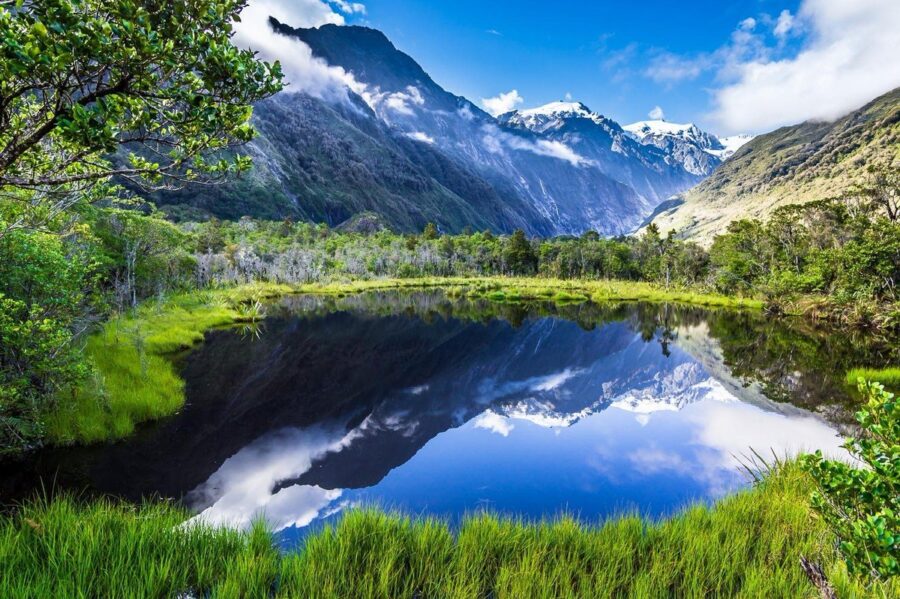 § 203 God revealed himself to his people Israel by making his name known to them. A name expresses a person’s essence and identity and the meaning of this person’s life. God has a name; he is not an anonymous force. To disclose one’s name is to make oneself known to others; in a way it is to hand oneself over by becoming accessible, capable of being known more intimately and addressed personally.

§ 204 God revealed himself progressively and under different names to his people, but the revelation that proved to be the fundamental one for both the Old and the New Covenants was the revelation of the divine name to Moses in the theophany of the burning bush, on the threshold of the Exodus and of the covenant on Sinai.

§ 205 God calls Moses from the midst of a bush that bums without being consumed: “I am the God of your father, the God of Abraham, the God of Isaac, and the God of Jacob.”9 God is the God of the fathers, the One who had called and guided the patriarchs in their wanderings. He is the faithful and compassionate God who remembers them and his promises; he comes to free their descendants from slavery. He is the God who, from beyond space and time, can do this and wills to do it, the God who will put his almighty power to work for this plan.

Moses said to God, “If I come to the people of Israel and say to them, ‘The God of your fathers has sent me to you’, and they ask me, ‘What is his name?’ what shall I say to them?” God said to Moses, “I AM WHO I AM.” and he said, “Say this to the people of Israel, ‘I AM has sent me to you’ … this is my name for ever, and thus I am to be remembered throughout all generations.”

§ 206 In revealing his mysterious name, YHWH (“I AM HE WHO IS”, “I AM WHO AM” or “I AM WHO I AM”), God says who he is and by what name he is to be called. This divine name is mysterious just as God is mystery. It is at once a name revealed and something like the refusal of a name, and hence it better expresses God as what he is – infinitely above everything that we can understand or say: he is the hidden God, his name is ineffable, and he is the God who makes himself close to men.

§ 207 By revealing his name God at the same time reveals his faithfulness which is from everlasting to everlasting, valid for the past (“I am the God of your father”), as for the future (“I will be with you”). God, who reveals his name as “I AM”, reveals himself as the God who is always there, present to his people in order to save them.

§ 208 Faced with God’s fascinating and mysterious presence, man discovers his own insignificance. Before the burning bush, Moses takes off his sandals and veils his face in the presence of God’s holiness. Before the glory of the thrice-holy God, Isaiah cries out: “Woe is me! I am lost; for I am a man of unclean lips.” Before the divine signs wrought by Jesus, Peter exclaims: “Depart from me, for I am a sinful man, O Lord.” But because God is holy, he can forgive the man who realizes that he is a sinner before him: “I will not execute my fierce anger … for I am God and not man, the Holy One in your midst.” The apostle John says likewise: “We shall … reassure our hearts before him whenever our hearts condemn us; for God is greater than our hearts, and he knows everything.”

§ 209 Out of respect for the holiness of God, the people of Israel do not pronounce his name. In the reading of Sacred Scripture, the revealed name (YHWH) is replaced by the divine title “LORD” (in Hebrew Adonai, in Greek Kyrios). It is under this title that the divinity of Jesus will be acclaimed: “Jesus is LORD.”

“A God merciful and gracious”

§ 210 After Israel’s sin, when the people had turned away from God to worship the golden calf, God hears Moses’ prayer of intercession and agrees to walk in the midst of an unfaithful people, thus demonstrating his love. When Moses asks to see his glory, God responds “I will make all my goodness pass before you, and will proclaim before you my name “the LORD” [YHWH].” Then the LORD passes before Moses and proclaims, “YHWH, YHWH, a God merciful and gracious, slow to anger, and abounding in steadfast love and faithfulness”; Moses then confesses that the LORD is a forgiving God.

§ 211 The divine name, “I Am” or “He Is”, expresses God’s faithfulness: despite the faithlessness of men’s sin and the punishment it deserves, he keeps steadfast love for thousands. By going so far as to give up his own Son for us, God reveals that he is rich in mercy. By giving his life to free us from sin, Jesus reveals that he himself bears the divine name: “When you have lifted up the Son of man, then you will realize that ‘I AM’.”

§ 212 Over the centuries, Israel’s faith was able to manifest and deepen realization of the riches contained in the revelation of the divine name. God is unique; there are no other gods besides him.

He transcends the world and history. He made heaven and earth: “They will perish, but you endure; they will all wear out like a garment….but you are the same, and your years have no end.”

In God there is no variation or shadow due to change. God is “HE WHO IS”, from everlasting to everlasting, and as such remains ever faithful to himself and to his promises.

§ 213 The revelation of the ineffable name “I AM WHO AM” contains then the truth that God alone IS. The Greek Septuagint translation of the Hebrew Scriptures, and following it the Church’s Tradition, understood the divine name in this sense: God is the fullness of Being and of every perfection, without origin and without end. All creatures receive all that they are and have from him; but he alone is his very being, and he is of himself everything that he is.