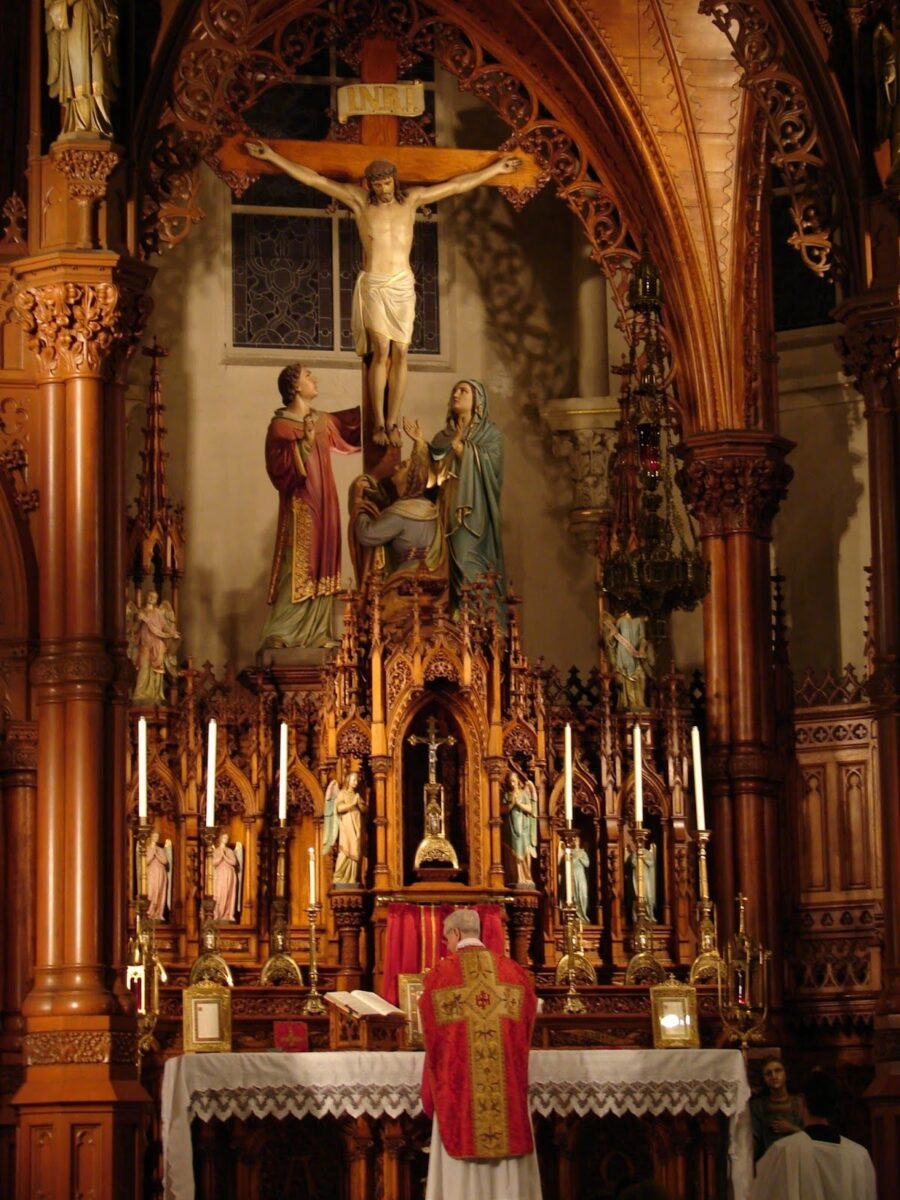 The Son of God

Jesus, the Son of God.

Rabbi Yeshua and his Apostles and Evangelists were intensely Jewish. Second Exodus tries to bring the Church’s early life into the present by using their Hebrew and Aramaic names. And so we call him what his Apostles called him.

Let us begin with Dr. Brant Pitre’s The Case for Jesus 1:12:37. Since Rabbi Yeshua, Jesus, is the center and purpose of our existence, it’s worth taking an hour to make sure we know why we believe!

Yeshua is His Name

Isaiah wrote, “Behold, your salvation [yeshua] comes” Is 62:11. In Hebrew, yeshua means “salvation.” In Greek, the language of our surviving Gospel manuscripts, Iesous. In Latin, the official language of the Church, Iesus. In English, Jesus.

This Hebrew word, yeshua, “salvation,” comes from the Hebrew root ysha, and is pronounced yeshuA. As a name in Hebrew it is pronounced YeshUa. In the Aramaic that Jesus spoke every day, the name he used during his incarnate life, was the same word pronounced YESHua.

“And there is salvation in no one else, for there is no other name under heaven given among men by which we must be saved” Acts 4:12.

Rabbi is His Title

In ancient Hebrew, a rabbi was a superior of any kind, a master.

In Hebrew, rabbi means “my teacher.” Mary Magdalene called him rabboni, “my great teacher” Jn 20:16. Rav means “teacher.” The last letter i adds the possessive. For example, aba is “father” but avi is “my father” (the b and v are interchangeable, used according to Hebrew grammar). Orthodox Jews often speak of Moses as Moshe Rabeinu, “Moses our teacher.” In Hebrew Rabbi Yeshua therefore means “My teacher of salvation.”

Among the Jews who did not follow him, apart from Rabbi Hillel, rabbi first described the rabbis of the Sanhedrin in Rabbi Yeshua’s time.

Jewish sources say the title “rabbi” became an official title in the second century. St. John tells us that among the many who followed him, Yeshua, the Son of God, was often called rabbi. Jn 1:38, 49; 3:2, 26; 4:31; 6:25; 9:2; 11:8. Strong evidence indicates that his Gospel was written before AD 70. Taking them together, it looks as if Rabbi Yeshua’s followers called him rabbi, or master Lk 8:24, during his own public ministry, and the Jewish authorities began formally ordaining rabbis using smikha during the second century.

During Rabbi Yeshua’s public ministry he told his shlikhim, “You are not to be called rabbi, for you have one teacher, and you are all brethren” Mt 23:8. While they were with Rabbi Yeshua he alone was called rabbi. But when he sent out the twelve Mt 10:5 and the seventy-two Lk 10:1 as teachers they were rabbis, ordained by Rabbi Yeshua’s command to go and teach.

During the Last Supper he ordained his shlikhim as bishops: “Do this in remembrance of me” Lk 22:19. This was a more formal ordination, as it implicitly included the command to ordain others. Acts 1:26, 6:5–6, which they did by smikha.

The command to teach, which made the ordained shlikhim rabbis, took a few weeks longer. Moments before Rabbi Yeshua ascended to the Father he told them, “You shall receive power when the Holy Spirit has come upon you; and you shall be my witnesses in Jerusalem and in all Judea and Samaria and to the end of the earth” Acts 1:8. Rabbi Yeshua had already told them, “He who hears you hears me” Lk 10:16. We may conclude that shlikhim were always called rabbi after the descent of the Holy Spirit Acts 2:4, when they began to teach all that Rabbi Yeshua had taught them, in their missionary travels and epistles. For convenient reference, Second Exodus calls the shlikhim rabbi during Rabbi Yeshua’s public ministry as well.

§ 578 Jesus, Israel’s Messiah and therefore the greatest in the kingdom of heaven, was to fulfill the Law by keeping it in its all embracing detail – according to his own words, down to “the least of these commandments.” He is in fact the only one who could keep it perfectly. On their own admission the Jews were never able to observe the Law in its entirety without violating the least of its precepts. This is why every year on the Day of Atonement the children of Israel ask God’s forgiveness for their transgressions of the Law. The Law indeed makes up one inseparable whole, and St. James recalls, “Whoever keeps the whole law but fails in one point has become guilty of all of it.

The rabbis of his time recognized him as a rabbi, as the Catechism  explains:

§ 581 The Jewish people and their spiritual leaders viewed Jesus as a rabbi. He often argued within the framework of rabbinical interpretation of the Law. Yet Jesus could not help but offend the teachers of the Law, for he was not content to propose his interpretation alongside theirs but taught the people as one who had authority, and not as their scribes. In Jesus, the same Word of God that had resounded on Mount Sinai to give the written Law to Moses, made itself heard anew on the Mount of the Beatitudes. Jesus did not abolish the Law but fulfilled it by giving its ultimate interpretation in a divine way: “You have heard that it was said to the men of old … But I say to you …” With this same divine authority, he disavowed certain human traditions of the Pharisees that were “making void the word of God.”

Rabbi Yeshua was called the Mashiakh, the Anointed One sent to us, more than five hundred times in the New Testament. “The book of the genealogy of Jesus Christ, the son of David, the son of Abraham” Mt 1:1. “… and Jacob the father of Joseph the husband of Mary, of whom Jesus was born, who is called Christ” Mt 1:16. “Now the birth of Jesus Christ took place in this way” Mt 1:18.

Mashiakh in Hebrew. Christos in Greek, Christ in English. Anointed. And so, he arrived as the Son of David, combining the offices of priest, prophet and king. In the Gospels He was ha-Mashiakh, the Christ, the Anointed.

Rabbi Yeshua loves his Jewish family. He prayed that, “They may be one even as we are one” Jn 17:11 so much that he will not come again until all Israel, including the Jewish rabbinic authorities, recognize him as their true Mashiakh. § 674: “The glorious Messiah’s coming is suspended at every moment of history until his recognition by all Israel.” Jewish hearts cry out in the Amidah’s 15th benediction for the arrival of King Mashiakh using the Hebrew word yeshua.

Some rabbis who don’t believe that Rabbi Yeshua was God’s true Messiah express it by including his name with false messiahs, as for instance, the “false messiahs” Jesus of Nazareth, Simon bar Kokhba, Shabbatai Zevi, and Menachem Schneerson. Get over it my friends, it doesn’t work. Perhaps one man in ten thousand knows who Simon bar Kokhba and Shabbatai Zevi were. Rabbi Schneerson is a little better known because he is from our own time and land. But, outside the circle of observant Jews, perhaps one man in a thousand knows who he is.

But every man has heard of Jesus Christ. No one else has come with such force that he split all history in two; every event is dated by how many years before or after his arrival it occurred! No one else has ever risen from the dead by his own power after announcing that he would do so Jn 2:19–21! No one else’s birthday is so widely or joyfully celebrated!