Maranatha 1 Cor 16:22 is actually two Aramaic words. Rabbi Paul transliterated these two words into Greek as a single word, rather than translating them, so it can be divided either as marana tha or as maran atha.

Marana tha is a plea, “Our Lord, come!” The RSV2CE takes this translation.

Maran atha is a creed, “Our Lord has come.” St. Jerome takes this meaning, and therefore so does the DR. St. John Chrysostom also follows St. Jerome’s example.

In this crisis, the Catholic bishops are fleeing from Christ and following the way of secular authorities. We know it’s a fulfillment of Catechism § 677, which itself is a brief summary of The Revelation to John. Christ foretold that in The Last Days the Church would “follow her Lord in his death and Resurrection.” Still, I’d like to write a letter to every Catholic, those in Holy Orders, in consecrated life, and in the laity:

Instead, let’s reflect on Elijah’s triumph over the priests of Baal.

20 So Ahab sent to all the people of Israel, and gathered the prophets together at Mount Carmel. 21 And Elijah came near to all the people, and said, “How long will you go limping with two different opinions? If the Lord is God, follow him; but if Baal, then follow him.” And the people did not answer him a word. 22 Then Elijah said to the people, “I, even I only, am left a prophet of the Lord; but Baal’s prophets are four hundred and fifty men. 23 Let two bulls be given to us; and let them choose one bull for themselves, and cut it in pieces and lay it on the wood, but put no fire to it; and I will prepare the other bull and lay it on the wood, and put no fire to it. 24 And you call on the name of your god and I will call on the name of the Lord; and the God who answers by fire, he is God.” And all the people answered, “It is well spoken.” 25 Then Elijah said to the prophets of Baal, “Choose for yourselves one bull and prepare it first, for you are many; and call on the name of your god, but put no fire to it.” 26 And they took the bull which was given them, and they prepared it, and called on the name of Ba′al from morning until noon, saying, “O Baal, answer us!” But there was no voice, and no one answered. And they limped about the altar which they had made. 27 And at noon Elijah mocked them, saying, “Cry aloud, for he is a god; either he is musing, or he has gone aside, or he is on a journey, or perhaps he is asleep and must be awakened.” 28 And they cried aloud, and cut themselves after their custom with swords and lances, until the blood gushed out upon them. 29 And as midday passed, they raved on until the time of the offering of the oblation, but there was no voice; no one answered, no one heeded.

30 Then Elijah said to all the people, “Come near to me”; and all the people came near to him. And he repaired the altar of the Lord that had been thrown down; 31 Eli′jah took twelve stones, according to the number of the tribes of the sons of Jacob, to whom the word of the Lord came, saying, “Israel shall be your name”; 32 and with the stones he built an altar in the name of the Lord. And he made a trench about the altar, as great as would contain two measures of seed. 33 And he put the wood in order, and cut the bull in pieces and laid it on the wood. And he said, “Fill four jars with water, and pour it on the burnt offering, and on the wood.” 34 And he said, “Do it a second time”; and they did it a second time. And he said, “Do it a third time”; and they did it a third time. 35 And the water ran round about the altar, and filled the trench also with water.

36 And at the time of the offering of the oblation, Elijah the prophet came near and said, “O Lord, God of Abraham, Isaac, and Israel, let it be known this day that thou art God in Israel, and that I am thy servant, and that I have done all these things at thy word. 37 Answer me, O Lord, answer me, that this people may know that thou, O Lord, art God, and that thou hast turned their hearts back.” 38 Then the fire of the Lord fell, and consumed the burnt offering, and the wood, and the stones, and the dust, and licked up the water that was in the trench. 39 And when all the people saw it, they fell on their faces; and they said, “The Lord, he is God; the Lord, he is God.” 40 And Elijah said to them, “Seize the prophets of Baal; let not one of them escape.” And they seized them; and Elijah brought them down to the brook Kishon, and killed them there. 1 Kings 18:20-40.

In our time secular authorities are telling us to avoid gatherings. Holy Mass is a gathering, so many bishops are fleeing from their most precious jewel, the source and summit of our Catholic life. The spiritual war asks: Will God or man be the organizing principle of our lives and the source of all that we need?

Christ is king over us all. If we boldly gather in his name to celebrate the Sacrament of His Body and Blood even during an epidemic he may protect us from disease transmission to show the world that he protects some people who trust him with their lives. If he wishes to show the world that we are willing to die as his witnesses Acts 1:8 he will allow us to die as true martyrs and take us straight to heaven. This is an extension of Christ’s New and Eternal Covenant, in which there is also an exchange of persons with God. In martyrdom God exchanges us as a servant on earth for a companion in heaven.

Do we believe, or do we not?

Then Jesus, deeply moved again, came to the tomb; it was a cave, and a stone lay upon it. 39 Jesus said, “Take away the stone.” Martha, the sister of the dead man, said to him, “Lord, by this time there will be an odor, for he has been dead four days.” 40 Jesus said to her, “Did I not tell you that if you would believe you would see the glory of God?” 41 So they took away the stone. And Jesus lifted up his eyes and said, “Father, I thank thee that thou hast heard me. 42 I knew that thou hearest me always, but I have said this on account of the people standing by, that they may believe that thou didst send me.” 43 When he had said this, he cried with a loud voice, “Lazarus, come out.” 44 The dead man came out, his hands and feet bound with bandages, and his face wrapped with a cloth. Jesus said to them, “Unbind him, and let him go.” Jn 11:38-44.

Suppose, instead of doing it the secular way, we stood tall as Christ‘s apostles of old and said we would continue the Holy Sacrifice of the Mass in every parish church. We would be prudent, dispensing with the handshakes and with the distribution of the Blood of Christ to the congregation, but we would distribute the Holy Communion.

After every Mass from now until Triduum we would close with the more powerful St. Michael Prayer followed by the Chaplet of the Divine Mercy. and the Conversion Prayer, which ends, 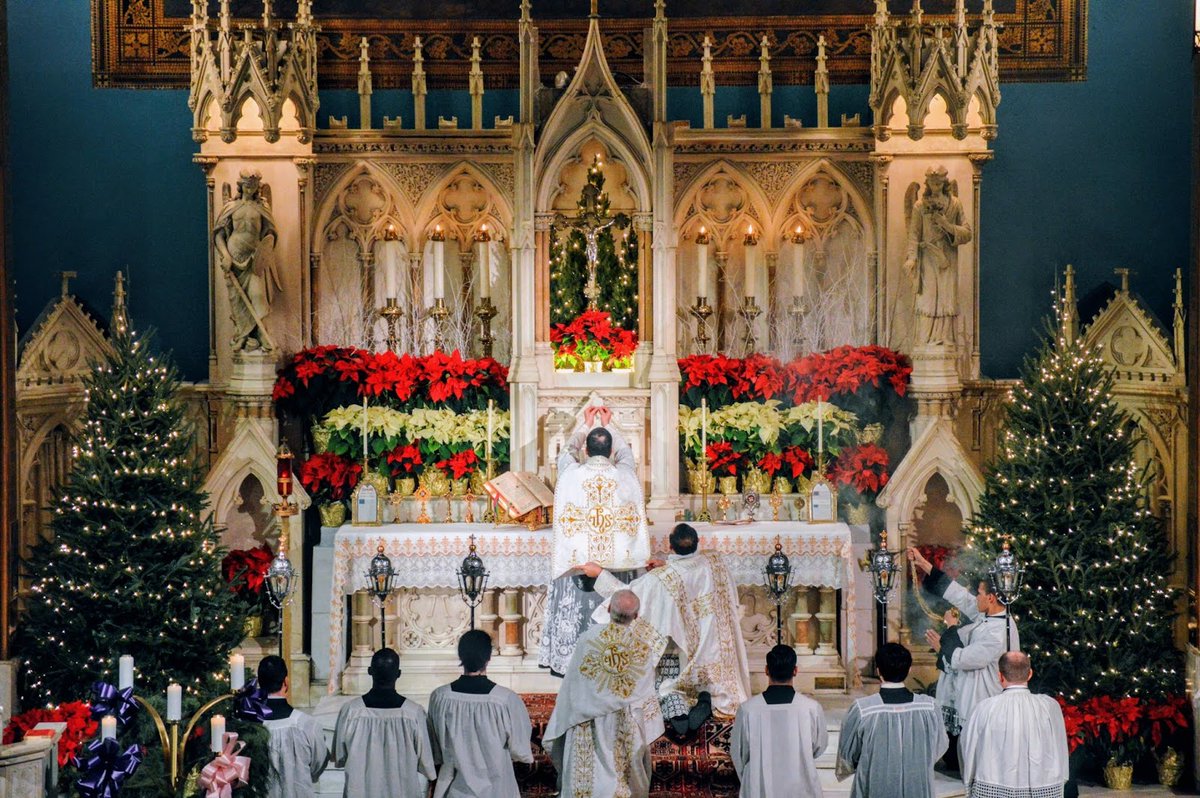