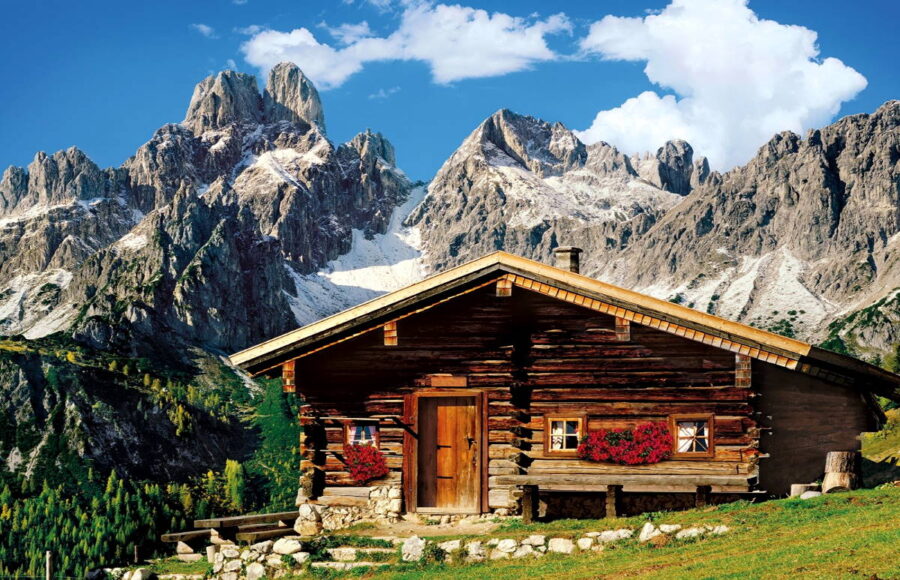 Some time after Moses wrote the Torah on five parchment scrolls, the Book of Deuteronomy was lost. The centuries passed, and God’s people Israel did the best they could using the remaining four books of the Torah that they had. In Moses’ time, God had called for a portable Tabernacle, a place where God could meet with his people Israel. The Tabernacle was portable, so Israelites were free to set up altars and sacrifice to God wherever they were at the time.

In 966-959 BC, God led King Solomon to build a magnificent Temple on the Temple Mount in Jerusalem. Solomon‘s Temple began as the headquarters for Israel’s worship, but the animal sacrifices called for in the Torah could be done anywhere because the books of Leviticus and Numbers gave no instructions on where the sacrifices had to be done.

Then, in 622 BC, in the Southern Kingdom of Judah, the Book of Chronicles tells us, “Hilkiah the priest found the book of the law of the Lord given through Moses” 2 Chron 34:14. In the original Hebrew, et sefer torat YHWH beyad Moshe. This shows us that it is Moses’ original scroll. Et is “the,” not just any but the one. Sefer is a scribe‘s hand written scroll. Torat is the possessive form of torah; followed by YHWH it means God’s Torah. Be means “in.” Yad is “hand.” Beyad moshe means “in the hand of Moses,” or more colloquially, “hand written by Moses.”

How did Hilkiah know that it was Moses’ own Hebrew writing done centuries earlier? He already had Moses’ original scrolls of Bereishit (Genesis), Shemot (Exodus), Vayikra (Leviticus), and Bamidbar (Numbers). Now he could add D’varim (Deuteronomy).

Hilkiah and Josiah were reading the Book of Deuteronomy when they saw this passage: “You shall seek the place which the Lord your God will choose out of all your tribes to put his name and make his habitation there; thither you shall go, and thither you shall bring your burnt offerings and your sacrifices, your tithes and the offering that you present, your votive offerings, your freewill offerings, and the firstlings of your herd and of your flock” Deut 12:5–6.

Josiah and Hilkiah knew that God had chosen a place to make his habitation: The Temple in Jerusalem. No longer could Jews celebrate the Passover wherever they lived. From that day on the Passover was a pilgrimage feast. God required every able-bodied Jewish father in the world to travel from wherever he lived to Jerusalem and make his obligatory sacrifices there in the Temple. He could no longer do the sacrifice himself. Now he had to bring the lamb to a Temple priest who would sacrifice it for him.

As always, God was looking far ahead. Isaiah prophesied, “In the wilderness prepare the way of the Lord” Is 40:3. God had commanded that the Passover would be an ordinance forever. “This day shall be for you a memorial day, and you shall keep it as a feast to the LORD; throughout your generations you shall observe it as an ordinance for ever” Ex 12:14. But then, on the Ninth of Av in AD 70, on Roman Emperor Vespasian’s orders, his son Titus destroyed the Second Temple. Even after the Temple destruction the Passover sacrifice had to continue in some form. It did, as Rabbi Yeshua‘s Last Supper Passover sacrifice, the Holy Sacrifice of the Mass, where the Lamb of God Jn 1:29, 36 serves as both priest and victim in the one Final Sacrifice, re-presented every day on the altars of Catholic cathedrals, parish churches and monasteries all over the world.

Isaiah foretold, “And the glory of the Lord shall be revealed, and all flesh shall see it together” Is 40:5. With all the world’s Jews gathered in Jerusalem for the Passover, Rabbi Yeshua‘s Final Sacrifice on the Cross became a national revelation to God‘s people Israel.